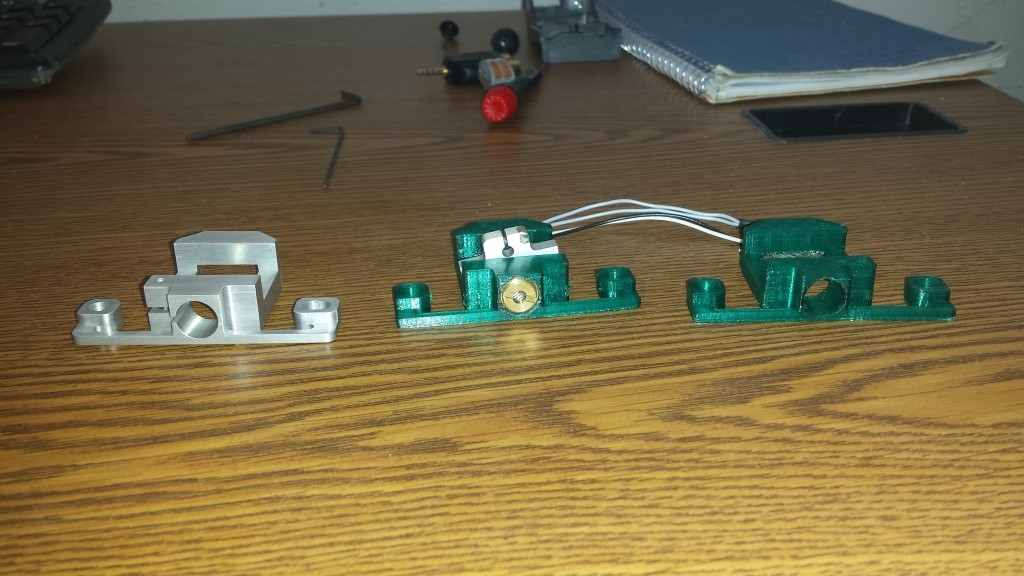 We have these awesome multi-touch screens that work using infrared line lasers, the only problem is that they are not calibrated correctly. These touch screens have one laser in each corner of the screen which projects a plane parallel to the screen, so that when you put your finger on the screen you are reflecting the light onto the glass. There is a webcam that can see infrared placed behind the screen that picks up the reflected light and sends that image to a computer, which then takes that images and finds out where the person is touching on the screen.

These screens have been sitting around for a few years, and as a result have begun to warp. You can only rotate the lasers along one axis, which means unless the frame is perfectly square, the further away from the laser you get, the further away the plane is projected from the glass.

In order to fix this problem I decided to model the mounts in Solidworks and make changes from there. I stayed with the same basic model as the mounts because I wanted the axial adjustment system to remain the same, and simply added a hole in the back of the mounts where a nut can be attached. By threading a screw through the frame and the nut, you can adjust the angle between the laser plane and the glass by tightening or loosening the screw. The mounts are made using a 3D printer, specifically an Ultimaker, and printed with PLA plastic. Each mount takes around 45-50 minutes to print. There are currently 3 mounts in one of the screens and 2 of them are calibrated. In no time we should have all 4 touch screens up and running!