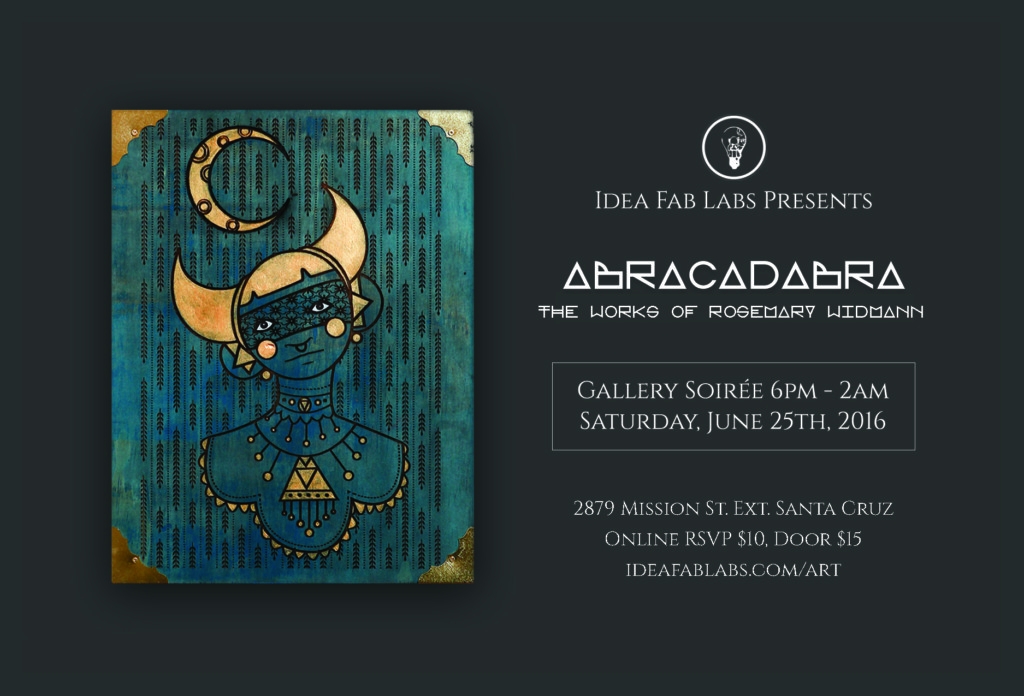 During Rosemary Widmann’s exhibition, ABRACADABRA, we see that creation is perhaps the purest form of magic. The human ability to tread the invisible path from vision to realization is nothing short of miraculous. For our next gallery, Idea Fab Labs is very pleased to welcome Rosemary Widmann and her collection of dreams-made-real entitled ABRACADABRA.

Conjured from the Idea Fab Labs’ Santa Cruz facility, these pieces are a spell cast through ink and paper, heat and metal, and digital sorcery. Beginning with simple illustrations ranging from whimsical to visceral in feel, Rose summoned these into being through the modern alchemy of mind and machine. Transmuted digitally, these seeds of inspiration grew wildly, causing new exciting possibilities of expression. Once the heart of the work was found, it was transformed once more into physical existence via the pinpoint inferno of a laser’s touch and the focused ferocity of a CNC router against a wooden body. Final dressings of rich acrylic color were applied, and Abracadabra! The ultimate nature of each was defined.

The creator had spoken, and what was once a mental wisp trapped between firing synapses now stands as a tangible reality capable of being experienced by all of us and inspiring future magic. 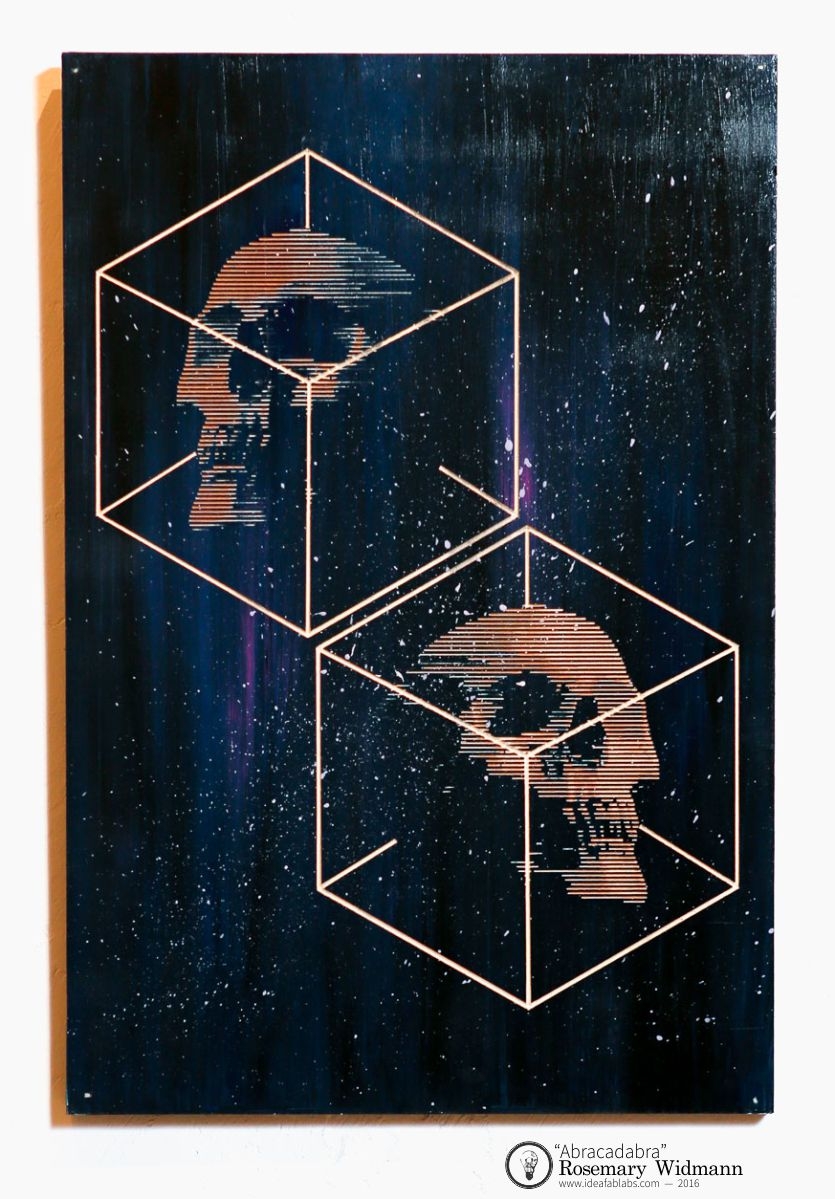 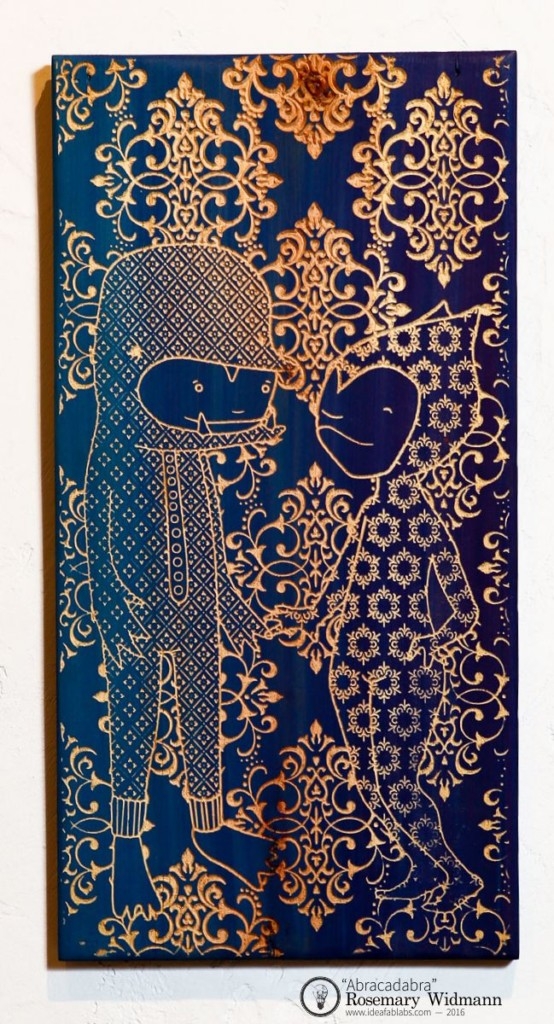 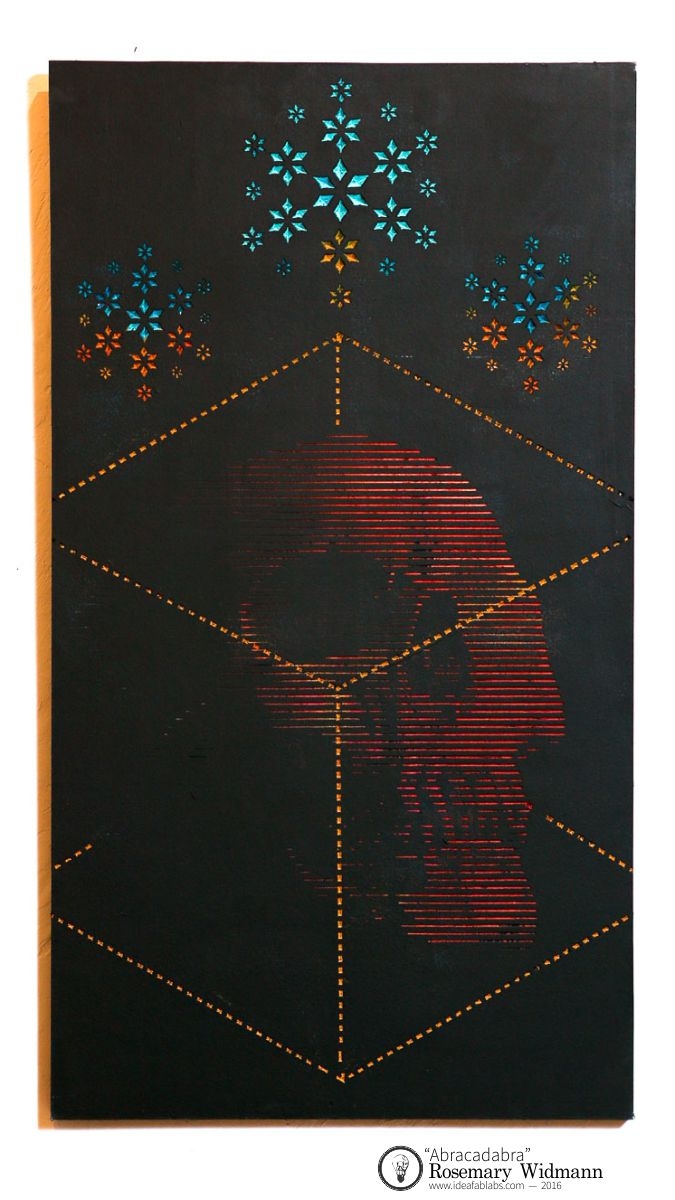 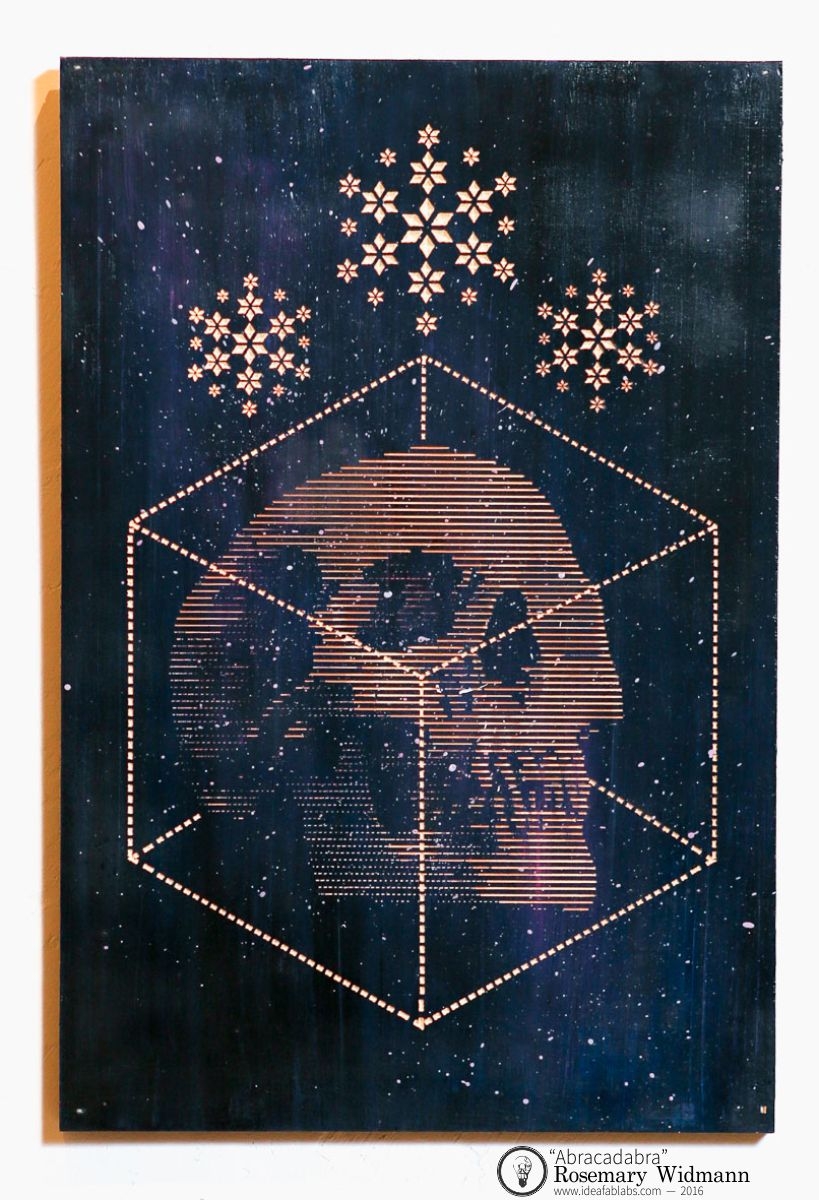 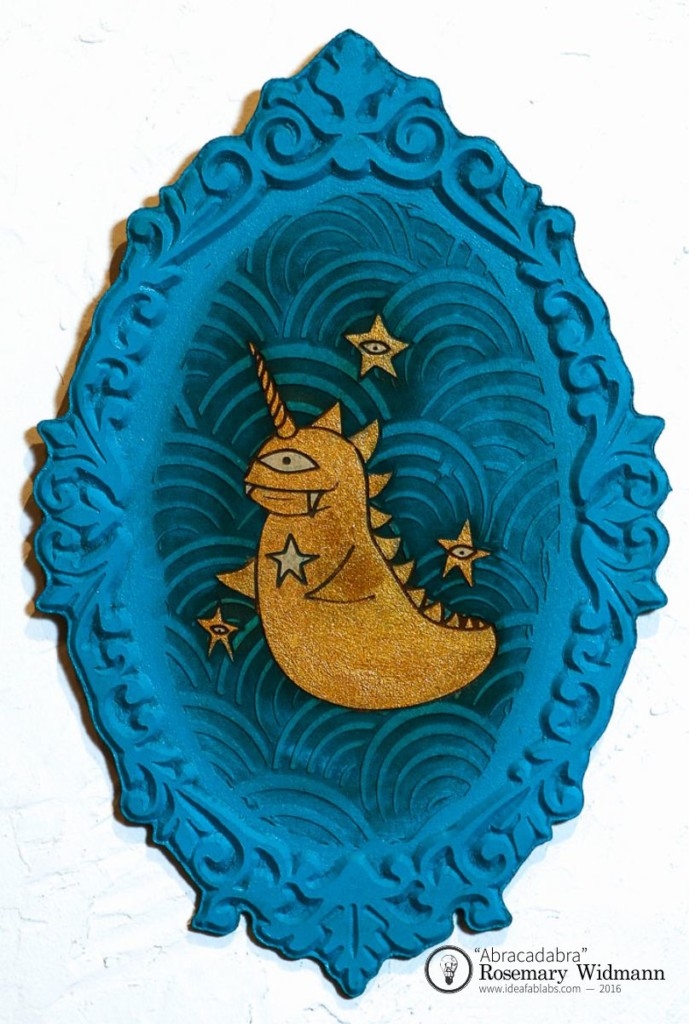 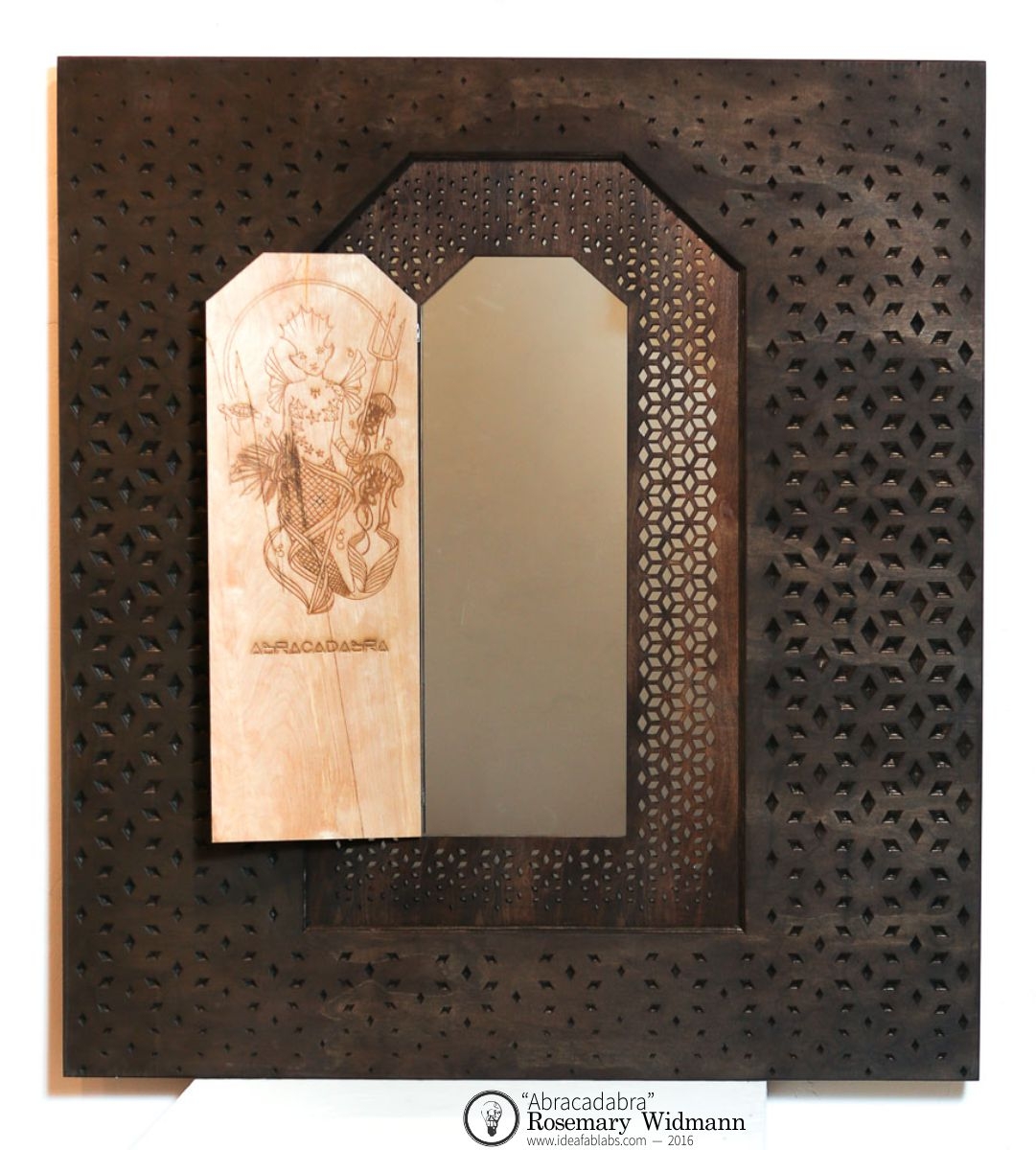 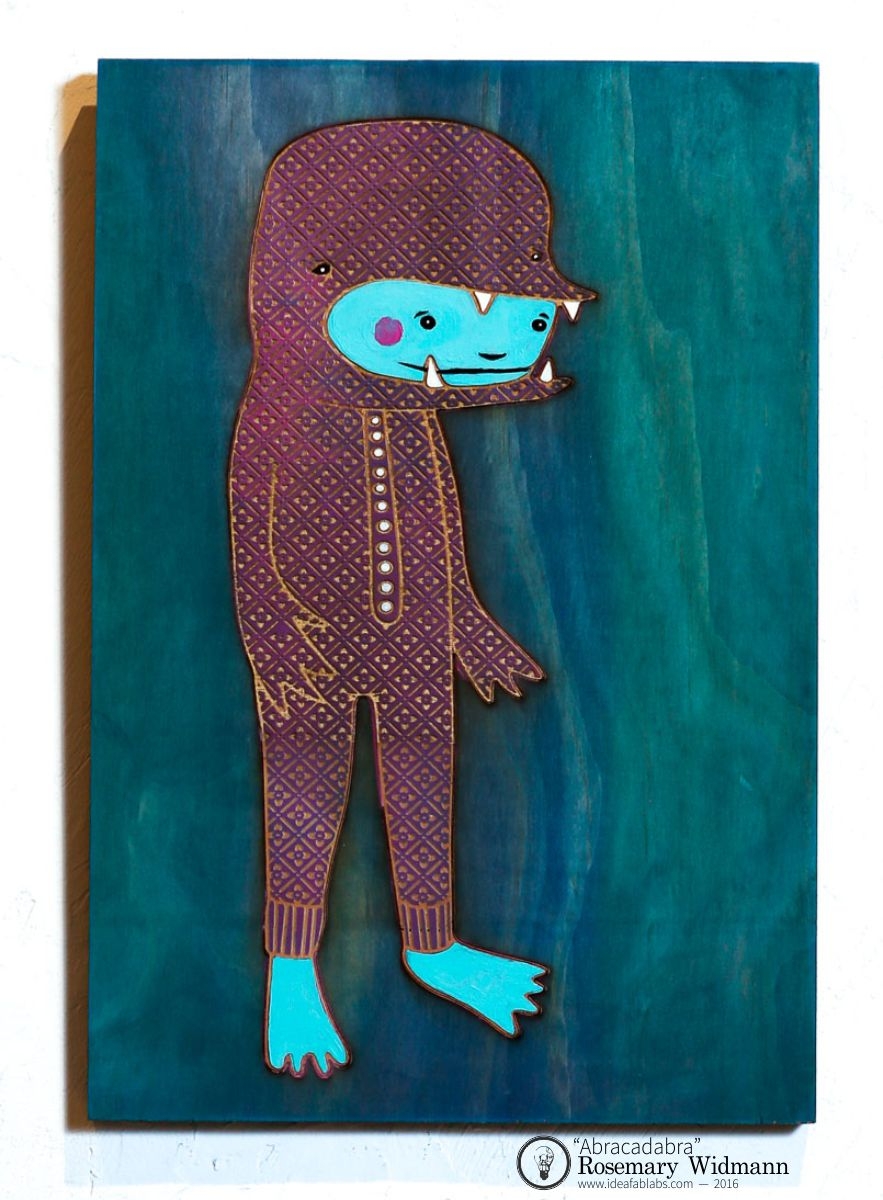 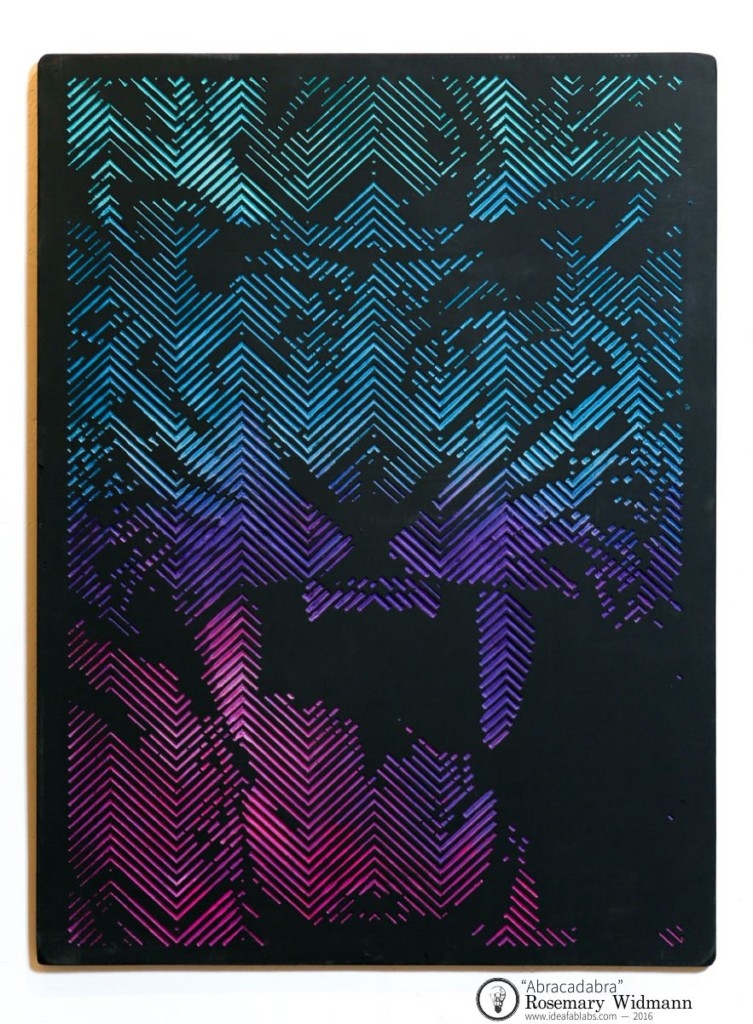 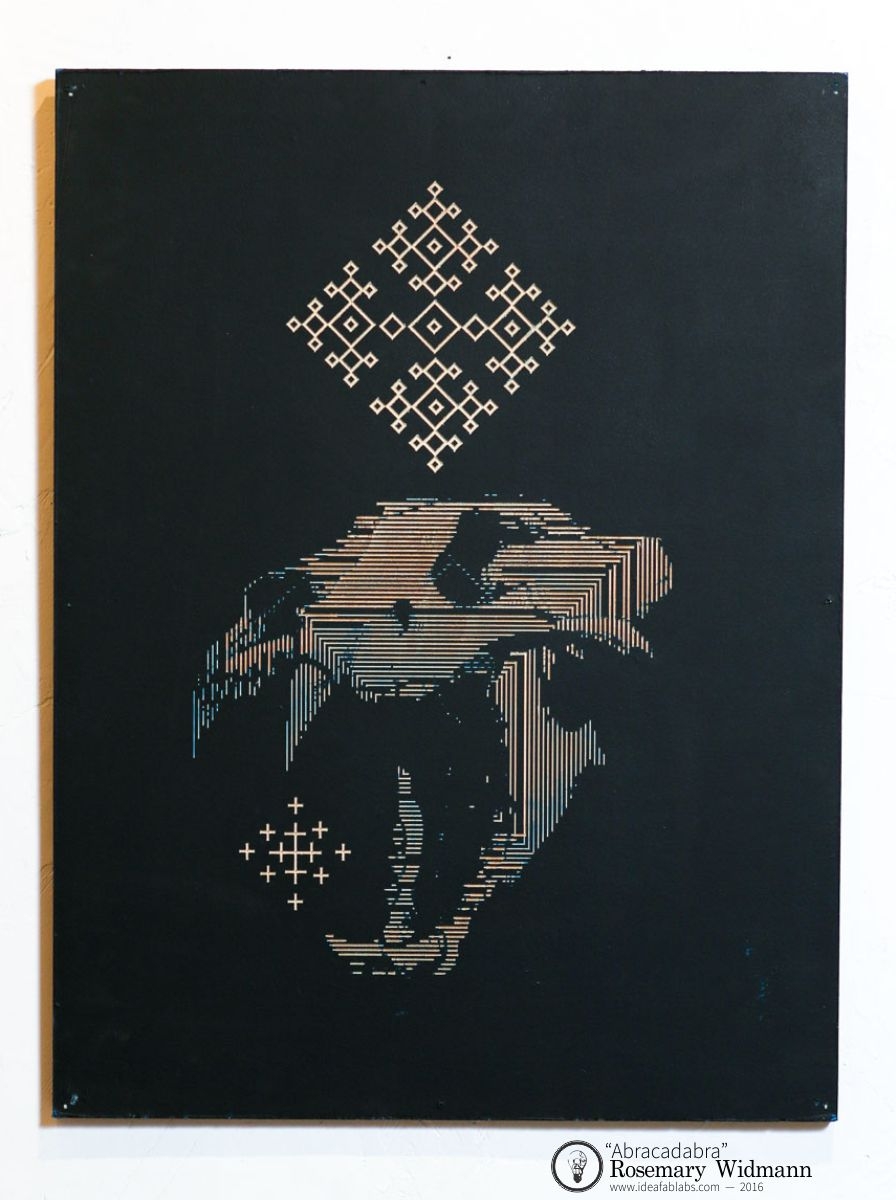 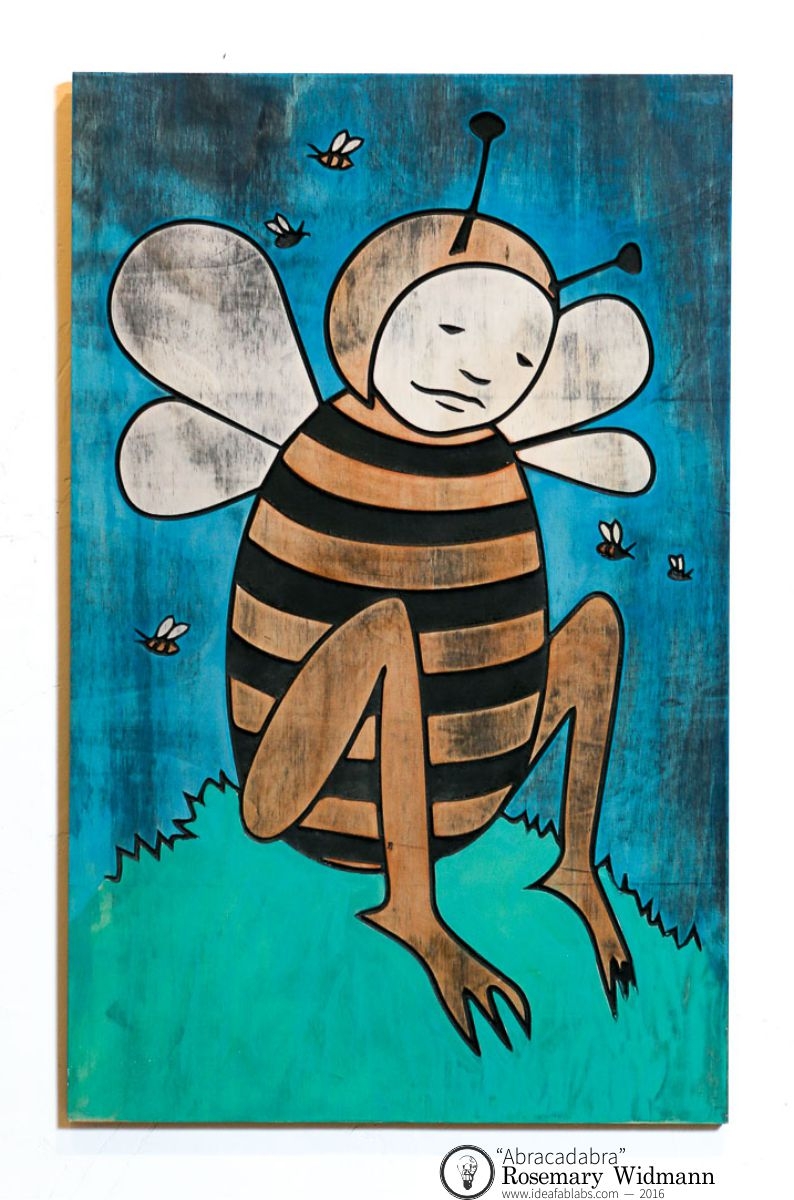 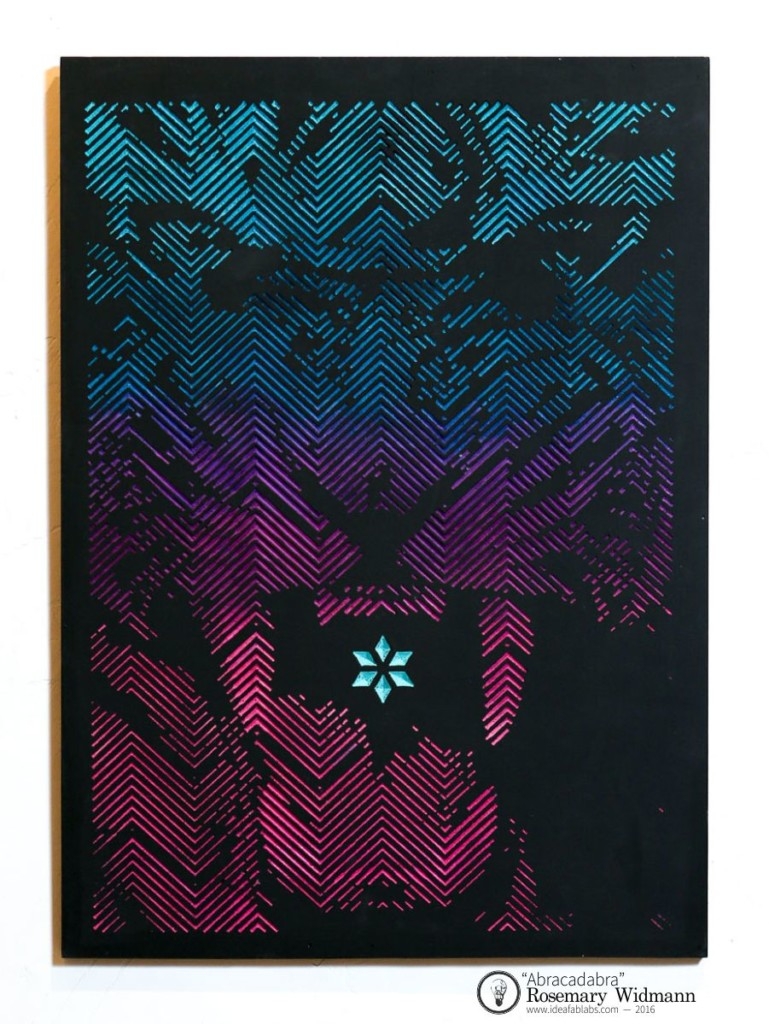 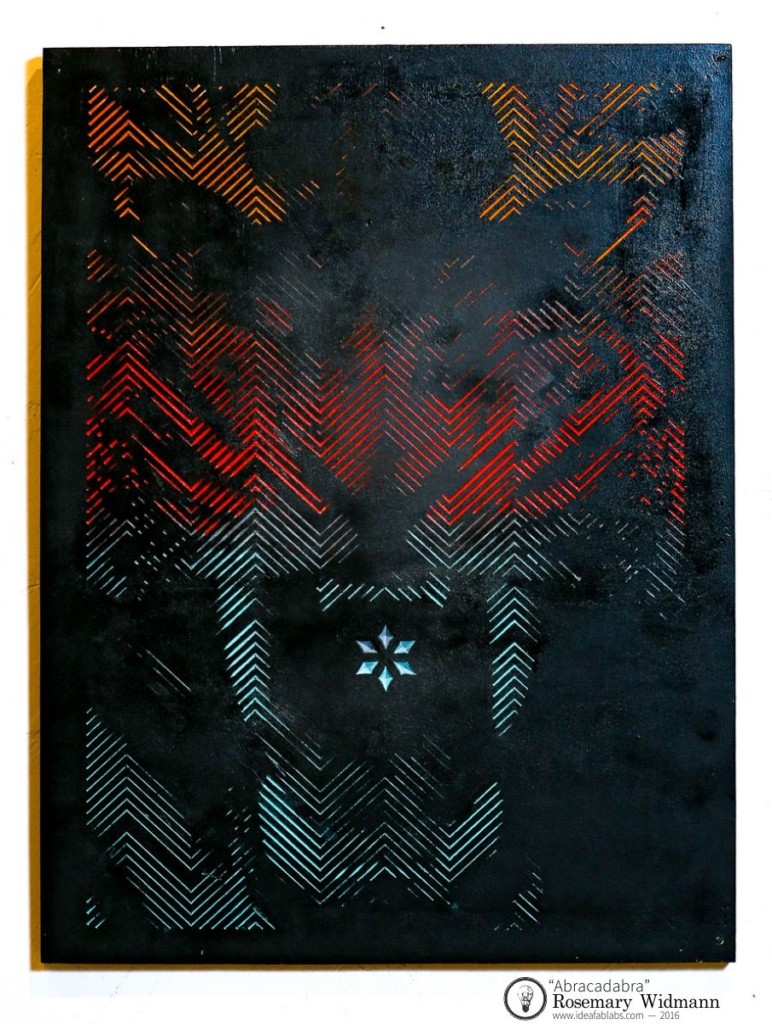 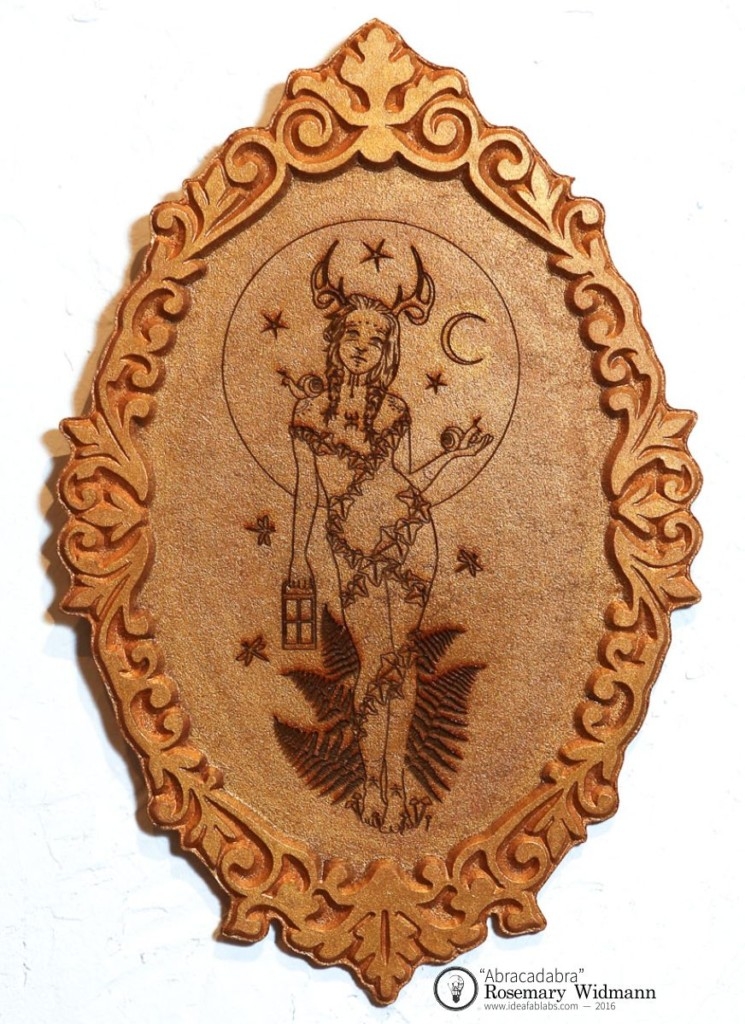 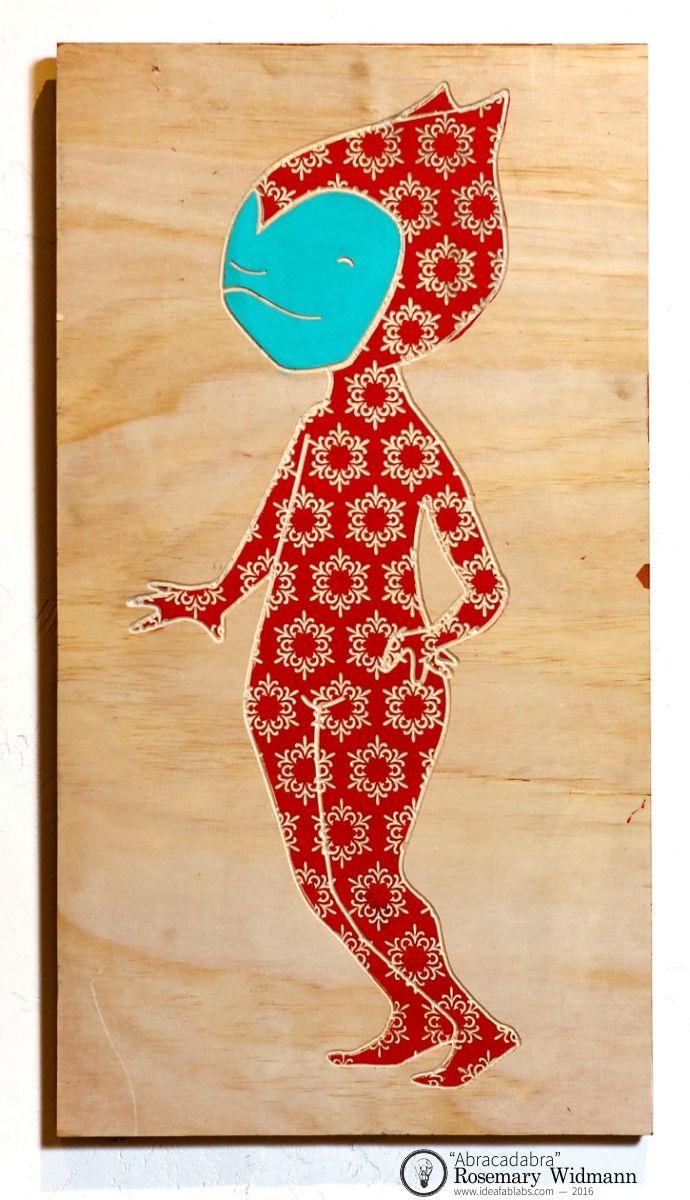 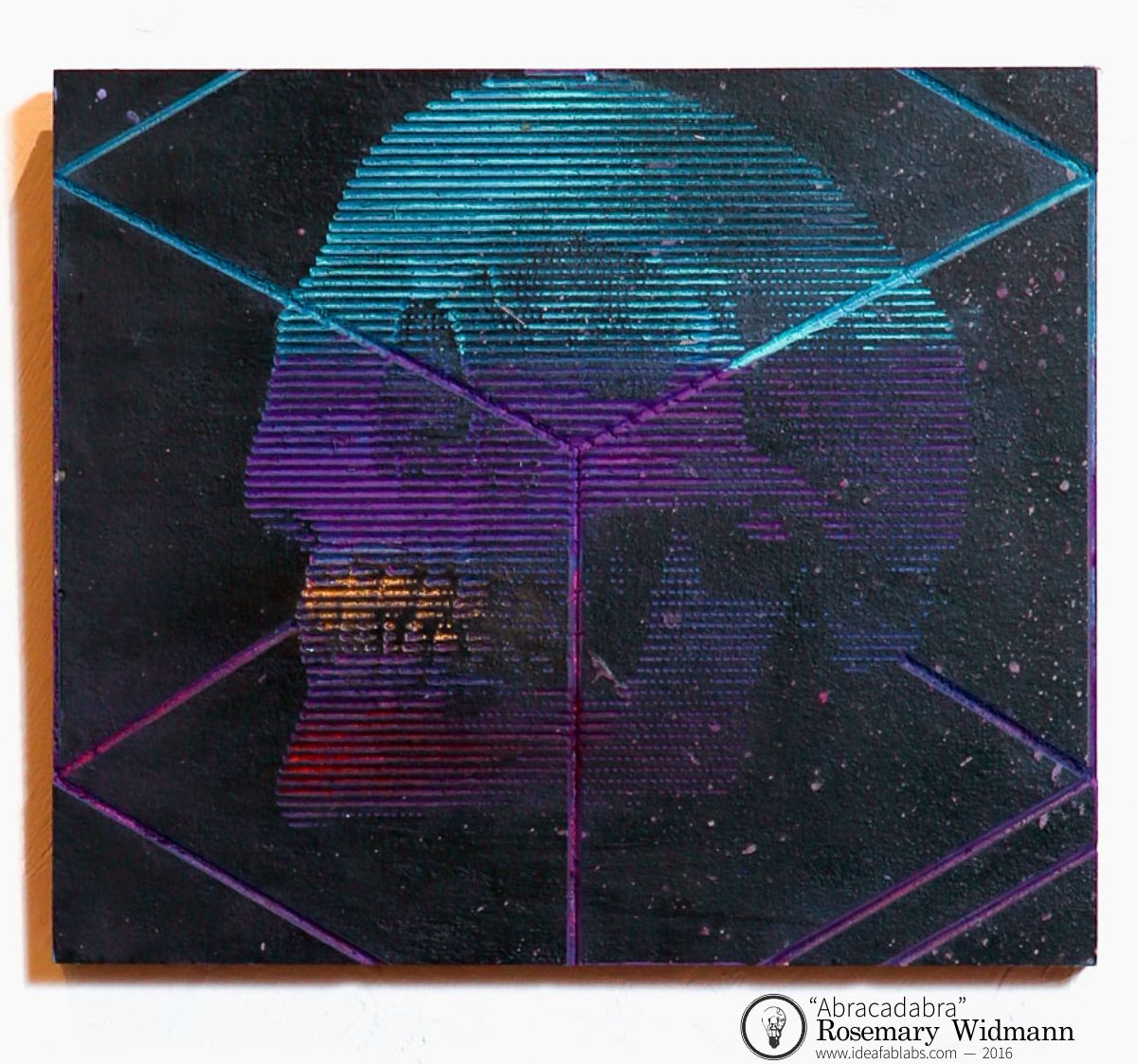 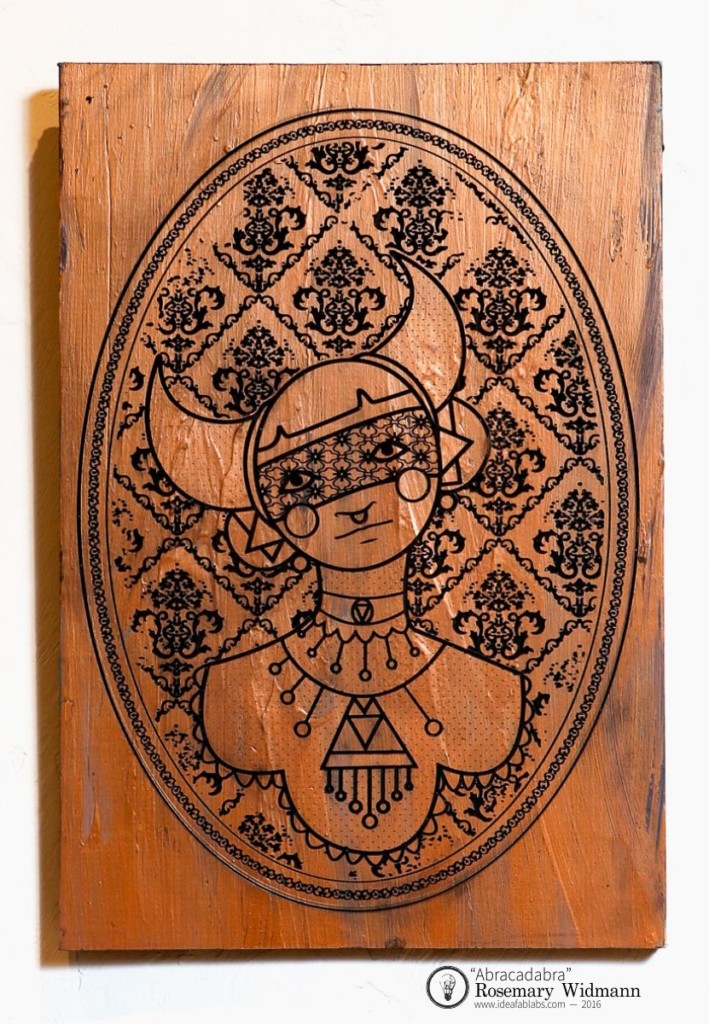 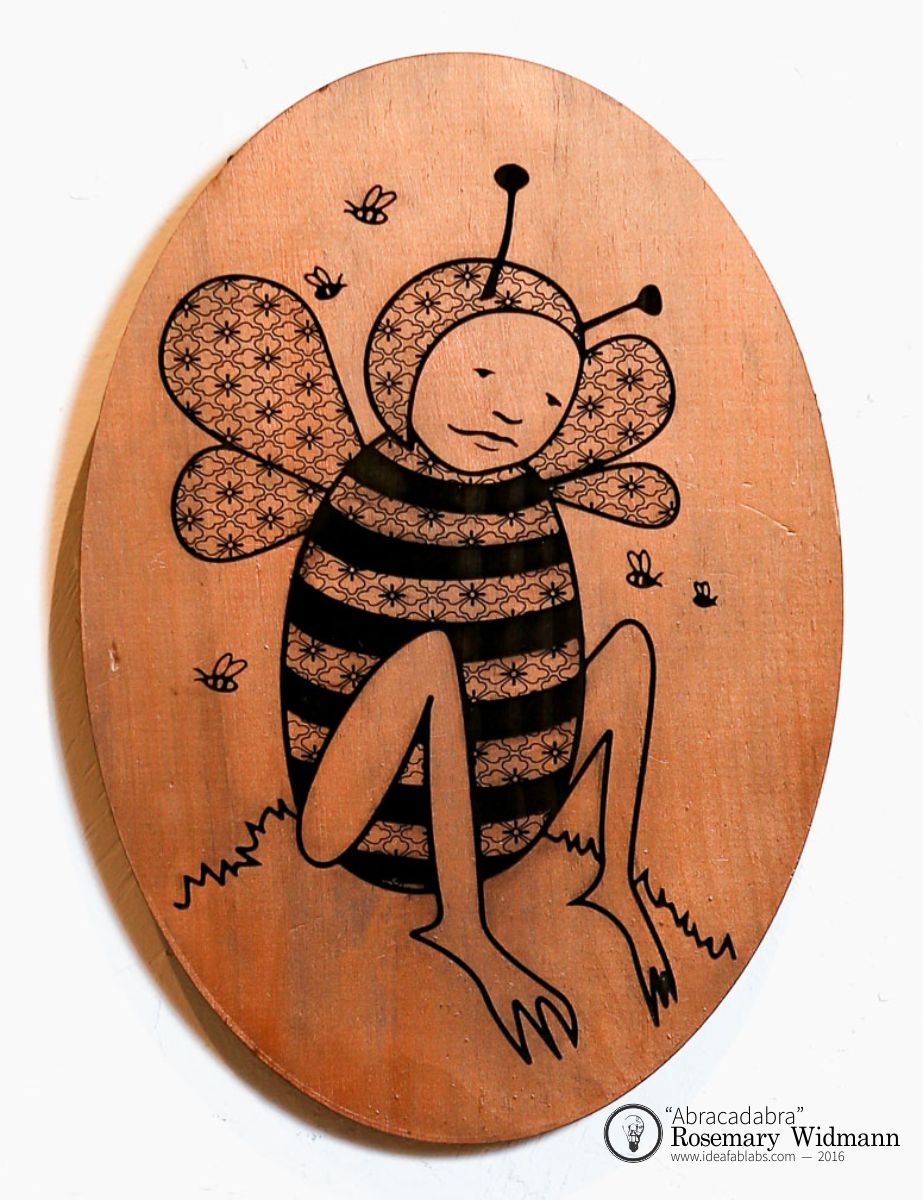 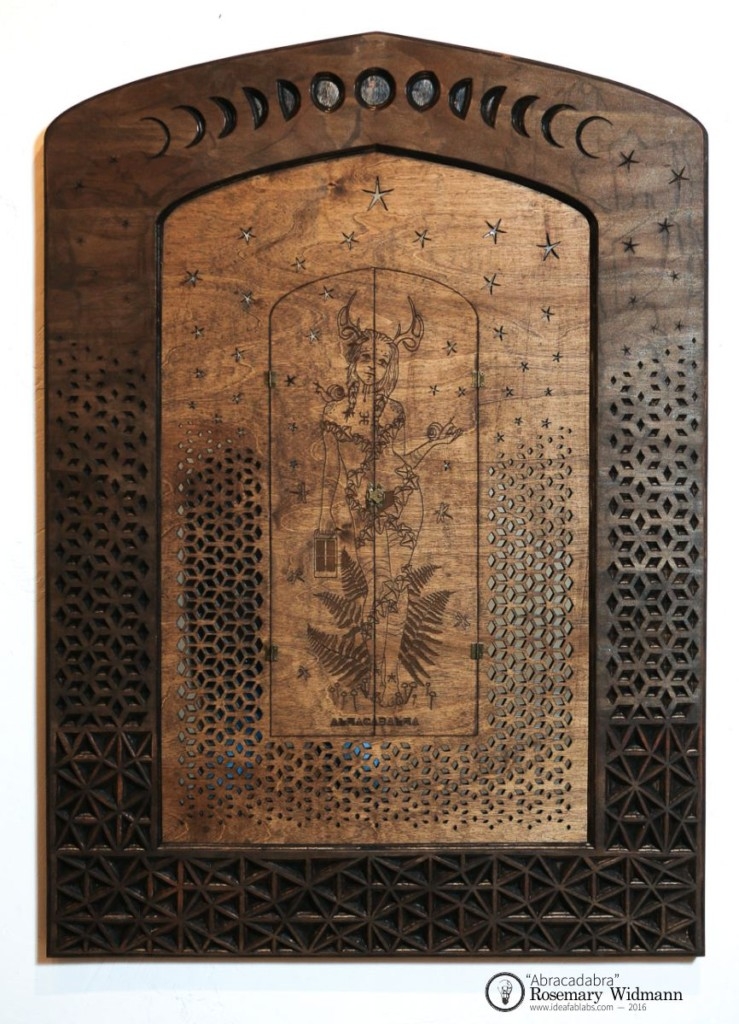 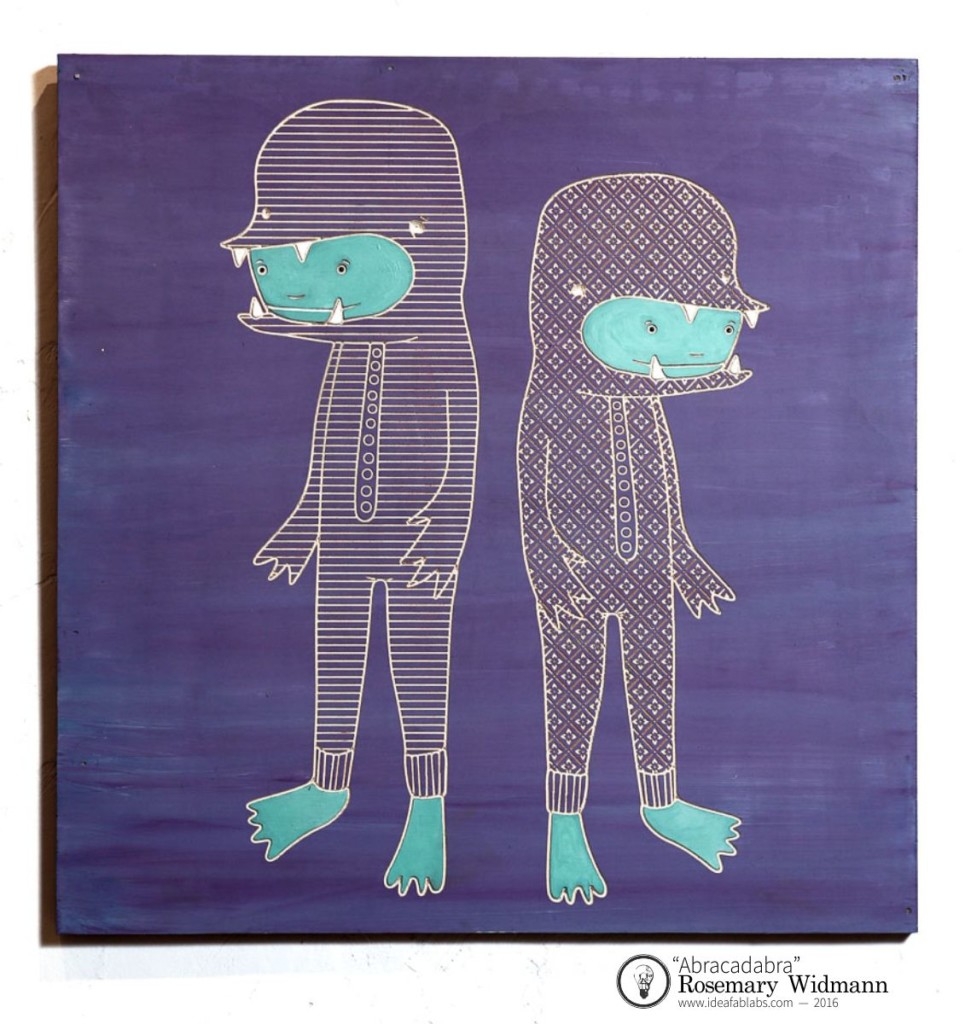